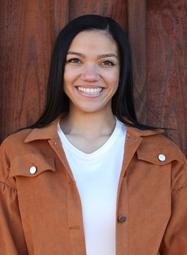 *For more information about our studio visit our Aboutpage. 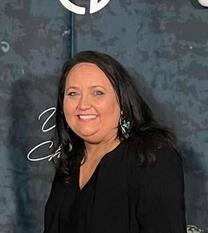 Ashlyn Calvert graduated from the University of North Carolina at Chapel Hill double majoring in Dramatic Art and Management & Society. She has been dancing for 24 years. She is from Cramerton, NC and danced on the University of Chapel Hill dance team and detected as the captain her senior year. She has been a cast member for Royal Caribbean aboard the Serenade of the Seas for two contracts as well as cast as a dancer on the Mariner of the Seas. Ashlyn has also been a dance teacher for many local studios and was hired as the onset choreographer for the Glass Animals in their most recent music video for “I Don’t Want to Talk (I Just Wanna Dance).” She has a passion for performing and the art of dance. 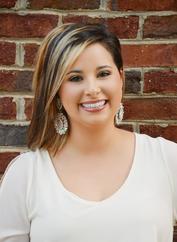 Jerod Fewell is a Native of Gastonia,NC and has been dancing professionally for ten plus years. He has opened up for various national recording artist and has appeared on BET's show 106 & Park, is a principle dancer in the film Bolden, and worked on Nick Cannon's Wild N Out Live Tour. He has worked with artist such as Chrisette Michele,Day 26,DJ Kool and Lute. Jerod always had a passion for the youth and started teaching as a way of giving back. Teaching students/competition teams throughout out North & South Carolina since 2006. And since then Jerod has won numerous awards such as Choreography Award, Highest Hip Hop Score for a Large Group, and World Dance Champions. He also does entertainment for the Charlotte Hornets and is the Choreographer of the all male dance crew as well. Jerod is currently staff faculty for All-Pro Dance Convention.

​Avery Woods is from Jacksonville, NC, and has been dancing since the age of three— competitively since the age of seven. Avery trained in a wide variety of styles, she has been in multiple productions of “The Nutcracker,” has competed on both the regional and national levels individually as well as with her team, and attended NC Governor’s School for dance in 2016. Avery began assisting dance classes at the age of 13 and is excited to now be returning to the studio in order to teach! Avery will graduate from GWU this December with a bachelor’s degree in Discipleship Studies, of which she is able to currently put to use in her position as the Student Coordinator at Hope Community Church. 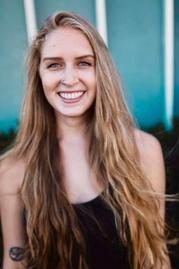 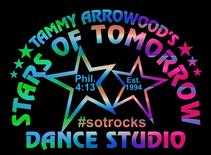 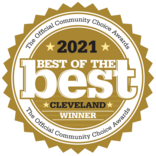 Christen Bernal began her dance training in NC which led her to receive a BFA in Dance Performance from East Carolina University.  While working towards receiving her degree, Christen was selected to work with artists in residency Mark Haim, Jennifer Archibald and David Dorfman, as well as companies River North Dance Chicago and David Dorfman Dance.  While living in NYC, Christen performed works with and for Cat Cogliandro's catastrophe! dance, Teddy Tedholm, Dionna PridGeon, Mike Esperanza, Monica Hogan Danceworks, and BalaSole Dance Company.  Her choreography was presented throughout the city at the Alvin Ailey Citigroup theatre as well as in Jersey City, at the American College Dance Festival, and at J. Chen Translate series at the Dixon Place.  In the Fall of 2014, she had the opportunity of working with the dancers at Salve Regina University in Newport, Rhode Island as the artist/choreographer in residence, teaching master classes and choreographing a piece on select dancers.  Christen completed the gypsy project, training under Erica Sobol, Jiri Pokorny, Tillman O'Donnell, and other guest artists. While living in Los Angeles, Christen danced for choreographers Erica Sobol, Juliette Irons, and Teddy Tedholm, and presented work for Ellenore Scott's Breaking Glass: LA.  Christen has been teaching dance for ten years and has experience with preschool through adults, and with recreational, competitive, and professional level dancers. Her choreography has been honored top overalls, choreography awards, and highest score of the day.

Sarah Brown is from Rutherford County, NC and has been dancing since the age of 2. As a child her love for dance lead her to compete in several genres of dance and as an adult she has had the opportunity to teach Jazz and Clogging for the last 11 years. She has a love for children and feels teaching dance is an amazing opportunity to impact and influence the life’s of those children. Sarah graduated from South College of Asheville and is currently an Occupational Therapist Assistant for Rutherford County Schools. She is passionate about encouraging the love of dance in children and loves teaching at SOT. Sarah has received numerous choreography awards and looks forward to pursuing many more. She is glad to have found a home with the SOT family.

Madison Shank is currently enrolled in the nursing program at Gardner-Webb University. She is beyond blessed to be called "mom" by a sweet little boy, Taylen.  She enjoys spending her spare time with all of the people she loves and making memories!  Madison was a student at SOT for 13 years; 8 of those years she was a member of the SOT Performing Team, she was also a member of her high school cheer team for 2 years and competed on a cheer team for 2 years. Madison is so excited to be back at SOT, as an instructor, sharing all of her knowledge and love for dance with each and every student that crosses her path.

​Tammy has been a life-long resident of Cleveland County and was a former Miss Cleveland County, Miss Shelby, and Debutante, as well as being a small business owner for 25 years. She discovered her love for dance at the age of 4 and became a gymnast at the age of 6.  Her enthusiasm for dance has continued as a dance and gymnastics instructor for 26 years. Tammy is an Alumni of UNC-Charlotte where she received a Bachelors Degree in Special Education as well as an Associates Degree in Business Management.​ Her passion has always been helping all students build character and self esteem by cultivating their love of dance. Tammy's choreography has won numerous Regional awards, top overalls, judges choice awards, and National Titles. She has also had the privilege of teaching numerous Master Classes in gymnastics and acrobatic arts and has been a guest judge for Star Systems and Dance Masters of America. Tammy is a proud member of USA Gymnastics, Acro Alliance and Acrobatic Arts. 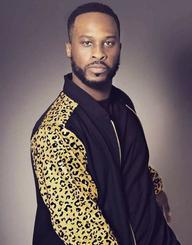